Dr. Pamela Greenspon was born and raised in Chicago and its northern suburbs. After graduating from Wesleyan University she worked and completed premedical requirements at the University of Illinois at Chicago.  She studied medicine at Northwestern University Medical School.  She interned in pediatrics at Lutheran General Hospital in Park Ridge, Illinois.

Once she finished her pediatric residency at Emory University in Atlanta, Georgia, she moved to Connecticut and was in private practice in Manchester, CT.​

He is a founding partner of Desert Valley Pediatrics.  He enjoys practicing medicine and preaches fitness to his patients and their families.  He stresses physical activity combined with healthy eating.  He believes that a strong mind and body are essential elements of preventative medicine.

Dr. Downey is very proud to be on the board of directors of Premier Physicians Insurance Company (PPIC), a physician owned medical malpractice company designed to stabilize rising malpractice premiums.  He is also a member of the Medical Reserve Corp.  He has lived in Las Vegas for the past thirty years and is an avid sports fan.

His philosophy is focused on Parent education and helping families raise healthy children. He and his wife Lisa have 5 children including a set of twins.  In his spare time he enjoys playing tennis and chess, as well as bike riding with his children. 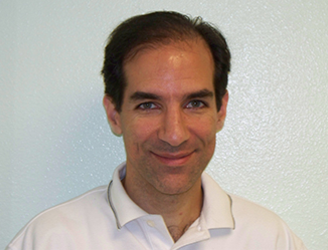 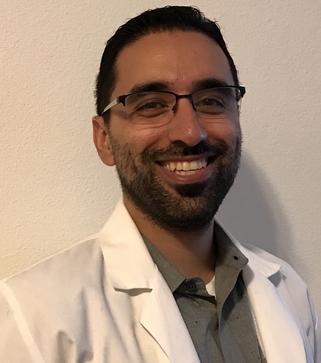 Some of her interests within the field of pediatrics include preventative medicine, nutrition, childhood obesity, and breast-feeding.  Dr. Chib joined Desert Valley Pediatrics on February 01, 2017.

In 2004, she settled in Las Vegas and has been in private practice.  She joined Desert Valley Pediatrics in April, 2009.  She is a fellow of the American Academy of Pediatrics and is board certified in pediatrics.  She had been division head of Pediatrics for Southern Hills Hospital.

Dr. Greenspon promotes children’s health by emphasizing nutrition and fitness.  She has special interest in breastfeeding promotion with families.  As the mother of two school age children, she understands the many challenges that parents encounter. Dr. Greenspon is a Chapter Breastfeeding Coordinator for the Nevada chapter of the American Academy of Pediatrics. 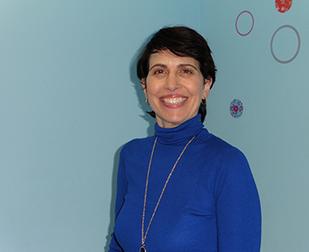 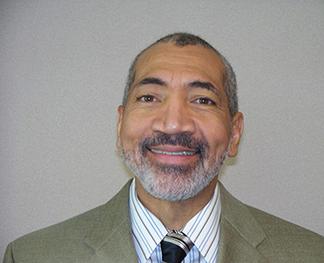 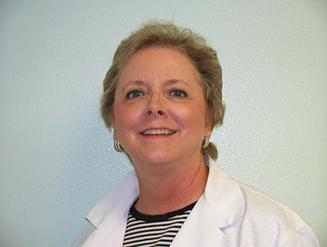 Dr. Priya Chib is a native of California who moved to Las Vegas with her family in the summer of 2016.  She graduated from the University of California, Davis with a degree in biochemistry and went on to attend Ross University School of Medicine.  She completed her pediatric internship and residency at the Goryeb Children's Hospital in Morristown, New Jersey.  She then returned back to California where she most recently worked in Woodland, California.

Dr. Chib is board certified in Pediatrics and a fellow of the American Academy of Pediatrics.  She is licensed to practice medicine in California and Nevada.  She is married and has 2 young boys. 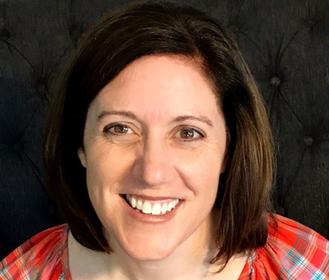 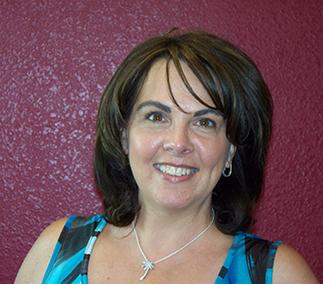 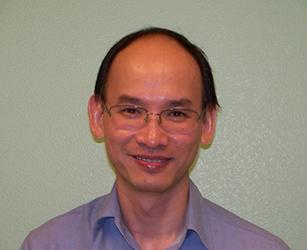 Dr. William Downey received his undergraduate degree in biology at University of California, Santa Cruz, his master’s degree in nutrition from Cornell University, and his medical degree from University of California at Davis.  He completed his residency in pediatrics at Children’s Hospital, Oakland California.  He is board certified in pediatrics and is a fellow of the American Academy of Pediatrics.  He was recruited to Las Vegas to work at Operation Life Medical Center, a community based health clinic.  Upon completion of his work there, he opened a private practice.

Dr. David Blank was raised in Los Angeles and attended UCLA, where he graduated with a degree in Biology.  He completed Medical school at Loyola Stritch in Chicago and then returned to L.A. to complete his Internship and Residency at Children’s Hospital of Los Angeles.

He has been a resident of Las Vegas since 1994 and has been a Physician with Desert Valley Pediatrics since 1999.  He is Board certified in Pediatrics and a fellow of the American Academy of Pediatrics.  He is licensed to practice medicine in Nevada and California.

Karen Freeman, CPNP, was raised in a large family in Washington and Idaho.  She got her bachelor's degree in nursing at Brigham Young University.  She worked as a registered nurse at Primary Children's Medical Center in Salt Lake City for 5 years, working in the pediatric intensive care and post-anesthesia care units.  In addition, she participated in the breastfeeding support team.  She concurrently got her master's of science in nursing at the University of Utah, in the Pediatric Nurse Practitioner program .  She has been working as a pediatric nurse practitioner since 2005.  Most of this time was in pediatric primary care, with a couple of years in pediatric emergency medicine.  She has all three certifications of pediatric nurse practitioner awarded by the PNCB (primary care, acute care, and primary mental health).
​

When Major McAllister’s commitment to the Air Force ended in 2006, he returned to his home state of Massachusetts to open a small, solo practice.

Dr. Chohlidakis's personal practice philosophy is to provide personalized care with emphasis on parental involvement and education in delivering medical care to children using evidence based medicine.  She believes in providing a comprehensive care to meet the overall needs and growth potential of each child.  Her interests are obesity and preventative child care.  When she is not caring for children and their families, she enjoys time with her husband, a talented artist, in his studio, designing pottery.  She enjoys outdoor activities, such as bicycling, running and hiking.  Dr. Rachel Chohlidakis joined our practice on September 01, 2015.

Dr. Henry Ky received his undergraduate degree in biology at Memphis State University n Memphis, Tennessee.  He then attended and earned his medical degree from the University of Tennessee College of Medicine.  He went to fulfill his pediatric training at Children’s Hospital of Los Angeles in California from 1990 to 1993.  Following completion of his education, he joined a pediatric practice in Newport Beach, California in 1993 to start his professional career.  He joined the physician staff at Hoag Memorial Presbyterian Hospital and subsequently became vice chairman then chairman of the pediatric department of the same institution.

Dr. Kathleen H. Burford grew up in the Houston area and received her undergraduate degree from The University of Texas at Austin.  She then received her medical degree from Texas Tech University Health Sciences Center.  She completed a Pediatric Residency at Columbus Children’s Hospital in Columbus, Ohio, affiliated with the Ohio State University.  She returned to Texas and practiced in Bryan, Texas.  She and her family moved to Las Vegas and she began practice in 1997, joining Desert Valley Pediatrics in 1998.

Dr. M. Rachel Torralba Chohlidakis completed her medical degree at FEU-NRMF, Philippines and her Pediatric residency training at Manila Doctors before moving to the United States.  She then completed another residency in Pediatrics at University of Medicine and Dentistry in New Jersey.  After her residency training she practiced in Red Bluff, California prior to relocating to Las Vegas.

Dr. Chohlidakis has been recognized with several awards from esteemed medical associations including, Outstanding Performance and Achievement in Continuity Practice Award at New Jersey School - UMDNJ and Most Outstanding Intern at Polymedic General Hospital.  She also published a research paper at the Philippine Infectious Disease Society Journal that won several awards including poster presentation.

After relocating to the Las Vegas valley with his wife and children, Dr. Ky joined Desert Valley Pediatrics in 2008.  He is a board certified pediatrician, fellow of the American Academy of Pediatrics, and is affiliated with Summerlin Hospital, Spring Valley Hospital, Centennial Hills Hospital, Southern Hills Hospital and Mountain View Hospital.Dr. Ky has been married for over 20 years and is the proud father of two children, including a special needs son.  When not in practice, he enjoys spending time with his family, hiking and photography.

Her medical interests include adolescents as well as working with young families with small babies, including premature infants. Special needs children and children with school problems holds a place in her heart since her mother was one of the first teachers in Texas to work with these children.

She and her husband James love Texas football, Houston Astros and traveling.  She has 2 children and four very loved grandchildren.

Dr. Alireza Habibi is a board certified pediatrician licensed to practice in both Nevada and California.  Originally from Los Angeles, he completed his bachelor's degree in Television and Film at California State University Los Angeles.

He went on to obtain his medical degree from Midwestern University Arizona College of Osteopathic Medicine. He subsequently completed his pediatric residency in Las Vegas, Nevada where he was voted as the Outstanding Resident of the Year award two years in a row.

Dr. Habibi worked in a private practice for 3 years before joining Desert Valley Pediatrics.  In his spare time he enjoys watching movies, Star Wars, travelling, and exploring the world with his wife and daughter.​
​ 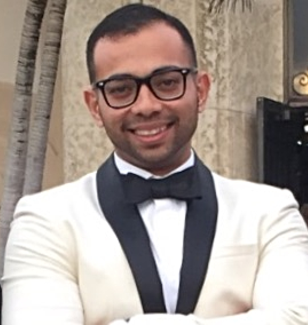 While in Massachusetts, Dr. McAllister was an active delegate to the Massachusetts Medical Society and a writer for Physicians Practice magazine where he advocated for many causes important to him, his family, and his patients including later school start times, firearm safety regulations, trauma-sensitive care, and single-payer healthcare.

In 2018, changes in the healthcare marketplace rendered Dr. McAllister’s solo practice business model no longer viable.  Dr. McAllister and his family decided to turn the practice closing into an opportunity for adventure and moved to Las Vegas, where they enjoy biking, hiking, fine dining, and the occasional poker game.  Dr. McAllister joined Desert Valley Pediatrics on March 01, 2018. 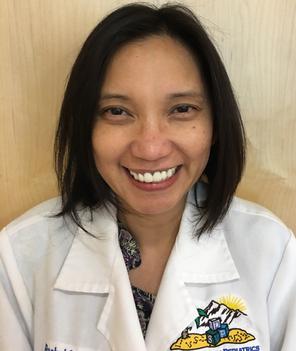 ​She enjoys working with all age groups, and supporting families as the children grow and develop.  She treats all pediatric problems, such as asthma, allergies, ADHD, depression, anxiety, failure to thrive, and breastfeeding problems.​  She enjoys teaching families to help them understand recommendations and healthy living.

Karen lives with her husband and three children.  They relocated from Arizona to Las Vegas in 2018 to be closer to her step daughters.  She enjoys spending time with family, going on walks, working on home improvement projects, organizing anything, and watching Netflix.  She is fluent in Spanish and is happy to work with Spanish speaking families. 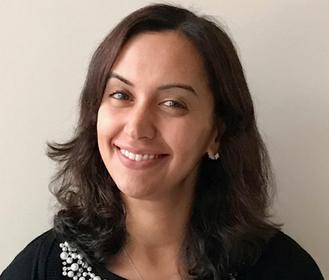 ​He is married to his beloved wife, Lisa Zia, M.D. who as well serves in the community as a pediatrician and they have a beautiful daughter, Eliana.  Dr. Rabbi Zia joined our practice on August 03, 2015.

OUR SOUTHERN HILLS OFFICE IS NOW OPEN ON SATURDAYS BY APPOINTMENT ONLY. 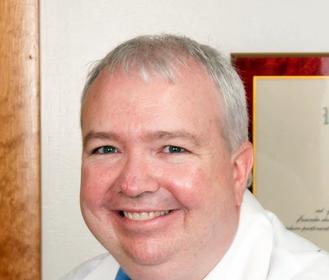 Dr. Jacqueline Perez-Tselikis was born and raised in New York. She obtained her undergraduate degree from Adelphi University and her medical degree from Ross University. She completed her pediatric residency at Wayne State affiliated St. John's Hospital in Grosse Pointe, Michigan, where she also completed a fourth year Chief Residency program.

Dr. Perez-Tselikis moved to Las Vegas, Nevada in 1993, where she began working at the outpatient U.M.C. Pediatric Clinic. Two years later, she joined Desert Valley Pediatrics and has been a managing partner for the practice since 2006.

Dr. Rabbi (pronounced as “Robbie”) Zia was born and raised in Chittagong, Bangladesh. He had the luxury of traveling to various countries before relocating to the States.  Prior to moving to Las Vegas, he lived in Long Island, New York.